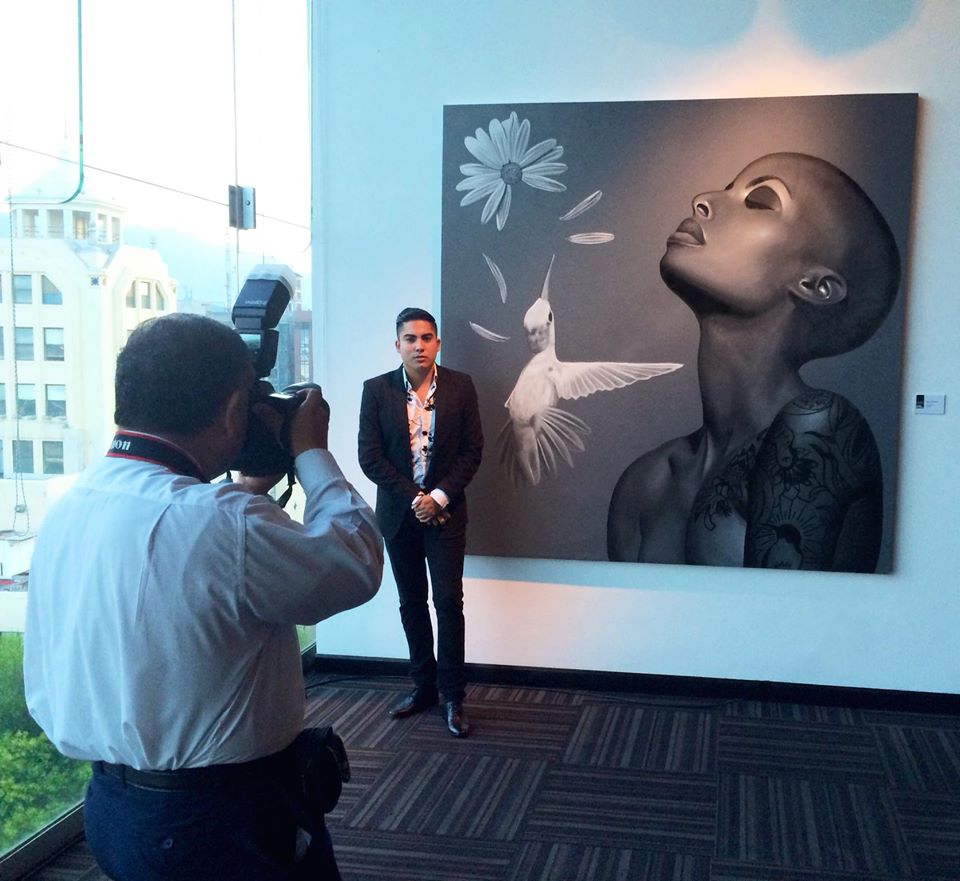 Eli Linares Navarro (Monclova, Coahuila, México,1988), best known as Junnior Navarro, based in Sacramento CA, has a Bachelor degree in Graphic Design and Animation from Universidad TecMilenio. His creative training started at first in a self-taught mode during childhood; later, he enrolled in different courses, workshops, and seminars related to art, including "Management and Artistic Self-Promotion," "Pictorial Projection," "Plastic Experimentation" among others. His work has been exhibited in Cuba, Belgium, France,  Mexico and United States. His work has been published in magazines, newspapers, and art catalogs from around the world among which are: “The San Diego Union-Tribune”, “Sacramento News and Review” "Art Matrix," "LatinAmericanArt,”, "Mexico Vivo," Art-Facto.Today " as well as other magazines, national and foreign newspapers. He obtained first place for best painting in Chinese Ink Art in the exhibition “Expres Arte” held in Tec Milenio Auditorium. He was granted twice by the "Program for the Promotion and Artistic Development of Quality” in 2013 and in 2014. In March 2016, he was awarded for outstanding artistic career at the art fair held in Monclova, Coahuila.

My main interest is to show a staging of my person through others emphasizing the female identity in everyday situations and thoughts. It is very common to find in my work, concepts that revolve around femininity, vanity, fashion and extravagance. I want to draw attention to physical characteristics in the people portrayed that reflect a destructive, fascinating, demonic and yet attractive woman. From my work, I speak of ego, vanity and consumerism, not in an apocalyptic sense or with the intention to criticize women; but rather to capture moments and characters created by me. My paintings are often a kind of self-portrait that contain symbolic elements that exist only in my thoughts. I work on canvas and paper of various sizes in which acrylic paint is most prevalent, although I also use colored pencils, graphite or other materials. Achromatic colors can be seen frequently in my works.